The City of Lauderhill unanimously passed an ordinance to prohibit single-use plastic/foam foodware on city property and also banned the intentional release of balloons.

The City of Atlantic Beach  unanimously passed  ordinance 95-21-120 to prohibit the sale and distribution of polystyrene EPS on city property and the beach.

The city of Palm Beach Gardens passed a resolution to prohibit balloons, confetti, and glitter on public property. The resolution also directs the City Manager to negotiate to include “no balloons, glitter, and confetti products” provisions into all contracts, as applicable.

Seminole commissioners banned single-use products and plastic bags from being sold or disbursed on county properties by either staff or contracted vendors to encourage the use of biodegradable or reusable containers. The ban includes plastic materials — such as utensils, cups, coffee stirrers, straws and trays — that are commonly used one time to serve food or drinks and then thrown in the garbage. Read more here.

On November 1st, 2021, St. Augustine Beach passed a ban on the intentional release of balloons.

Agriculture Commissioner Nikki Fried announced that the Florida Department of Agriculture and Consumer Services has begun rulemaking to phase out the use of polystyrene products in Florida grocery stores, markets, convenience stores, and other regulated businesses. Read more here.

On April 20th, the city of Boynton Beach unanimously passed an ordinance to prohibit polystyrene foam, balloons, and confetti on all city property, which includes parks and the beach.

Winter Park’s single-use plastic policy bans at city properties specific items, from plastic straws, stirrers and bags, to foam containers. The City Commission was inspired by similar policies of partners like the city of Orlando and Orange County. This 6 month pilot program will go into effect on May 11th, 2021.

The city of Hollywood took action to reduce plastic pollution by unanimously passing an ordinance prohibiting the use of polystyrene and single-use plastic food-service products by city vendors, as well as the use of these plastic products on city property. The ordinance prohibits the use of single-use plastic products, such as water bottles, utensils, cups and plates, and expanded polystyrene foam coolers in places like city parks, city facilities and the beach. Included in this ordinance is a ban on intentional balloon releases.

The city of Delray Beach passed 2 polystyrene resolutions. These resolutions encourage local retail stores, restaurant, and all city businesses to reduce the use of polystyrene products and also encourage city staff to negotiate “no polystyrene clauses” into their contracts with vendors.

On September 3, 2020, the city of Tampa moved toward limiting some single-use plastics that pollute the environment, with council members unanimously supporting a ban on distributing foam cups, plates and other items on public property. 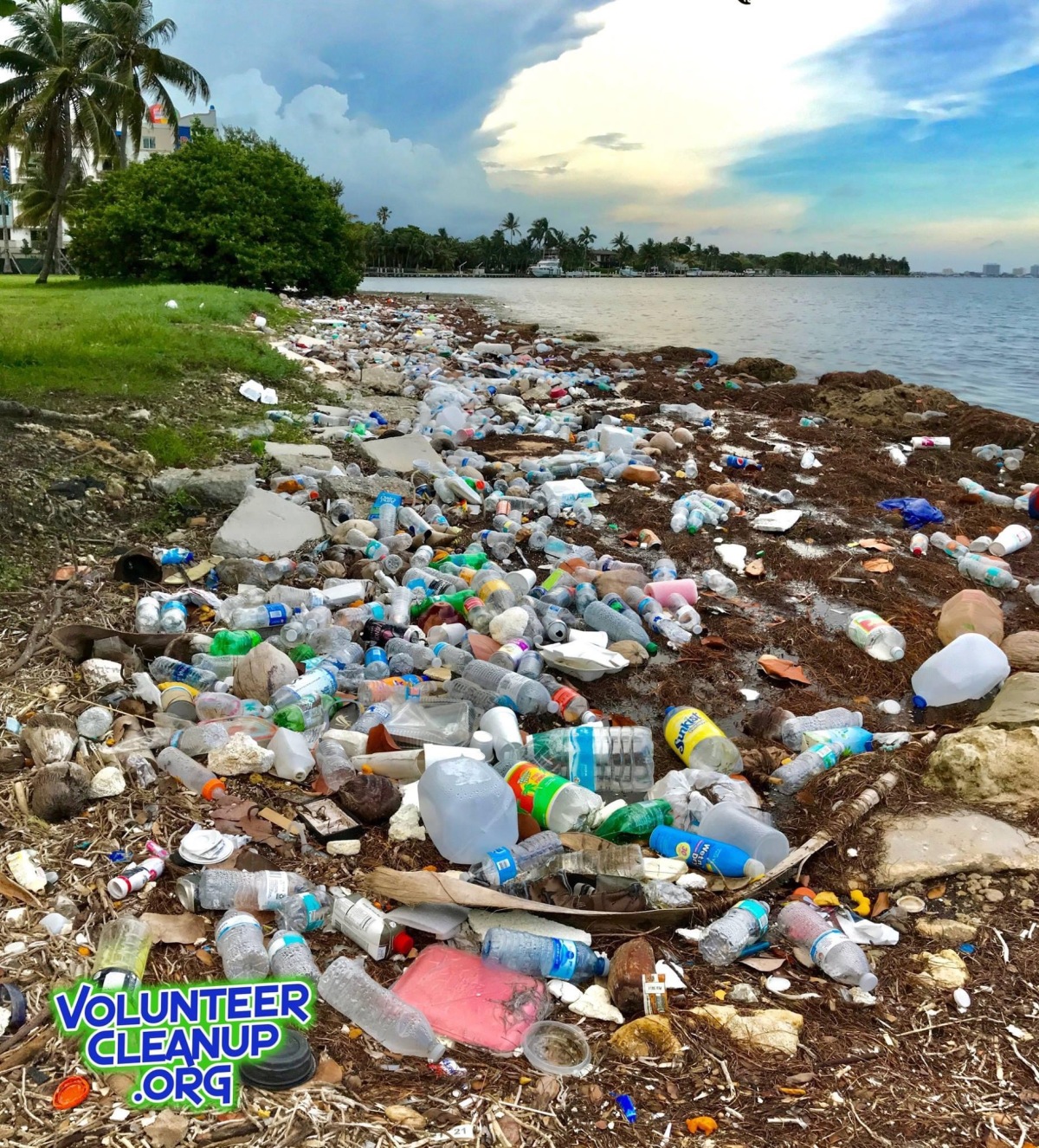 The photo above was taken in Miami, Florida at a VolunteerCleanup.org waterway cleanup.

The Problem: An estimated 33 billion pounds of plastic enter the ocean every year — that’s roughly the equivalent of dumping two garbage trucks full of plastic into the oceans every minute.

“Plastics never was and never will be disposable“.

Plastic Free Florida is a movement to take action on plastics and foam locally.  This website is a resource for residents of Florida to empower themselves to achieve policy victories in their own communities. Together, we can reduce plastic pollution through meaningful legislation.

Boca Save our Beaches